Who are the top crypto influencers?

So, it’s fair to say things are running amok in the exploding world of all things crypto. Internet memes and monkey’s selling for millions, teenage TikTokers rallying huge followings into making cryptocurrency investments in an odd form of influencer marketing, bands of cryptobros terrorising the financial markets and who could ever forget – ‘The Dogefather’ aka Elon Musk’s shameless SNL plug in what may have been the weirdest episode of SNL ever (including the 80s one’s).

Like most new financial fields, crypto currency has been often misunderstood and misrepresented on social media sites. Here’s a list of some of the top crypto influencers who hope to change that perception.

Vitalik Buterin is a Russian-Canadian writer and programmer and has been involved in the Bitcoin community since 2011, co-founding and writing articles for Bitcoin magazine. He is primarily known as the one behind Ethereum, a blockchain that operates as a world computer for decentralised applications, or DApps.

He’s one of the essential top crypto influencers with 3.6 million followers on twitter, and was recently featured on the cover time magazine. His crypto influencer Instagram is also massive with 1.2 million hanging on his every word.

As one of the earliest, most verbal proponents of cryptocurrency and crypto-related startups, he gained the nickname “Bitcoin Jesus.” In the past few years, though, Ver’s opinions on and investments in cryptocurrencies have become even more polarising, as has his personal story.

From January 1999 through August 2000, Ver bought 49 pounds of explosives, stored them in a residential apartment building, sold at least 14 pounds of them as large firecrackers on eBay, and mailed them to customers via the U.S. Postal Service. Given that he had no licence to sell these injurious devices, he was arrested and charged in 2001. In 2002, Ver pleaded guilty to violating federal statutes. He was sentenced to and served 10 months in federal prison.

A controversial figure, Roger Ver is one of the biggest crypto influencers around and is worth following for him alone.

Litecoin founder and former Coinbase Director of Engineering, Charlie Lee has close to a million followers on Twitter, making him a top crypto influencer and thought leader for crypto authorities. On his Twitter account, Lee shares the latest Litecoin and Litecoin Foundation news, as well as the latest articles related to crypto. He sometimes shares memes and comic strips that summarise crypto news and issues in a more accessible and humorous way.

As we are approaching the 10th anniversary of Litecoin, I figured it’s a good time to do a long Twitter 🧵 on the history of Litecoin from my perspective.

My memory of events can be hazy at times, so for those mentioned, feel free to add or correct anything I say. Here goes…

One of the most reliable sources of information on crypto and how it works, Lee joined BTCS Inc. as one of its Board of Directors.

Kenneth Bosak has been a Bitcoiner since 2015 and has now ventured into NFT territory. Through his own website where he discusses all-things NFT and a dedicated YouTube channel where he hosts videos of podcasts and NFTs, he has made crypto and NFTs accessible and understandable to the general public. 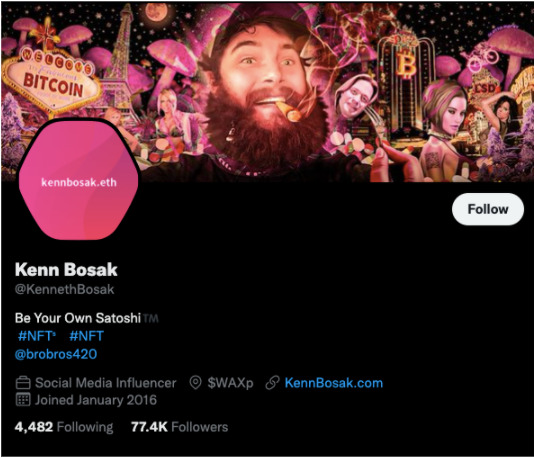 A Bitcoin entrepreneur and top crypto influencer, Held is currently the Director of Growth Marketing at Kraken.

Prior to that, he was at Uber on Rider Growth/Global Data. Before Uber, Dan built some of the most popular early crypto products including ChangeTip (acquired by AirBnB), and ZeroBlock (acquired by Blockchain.com in the second ever Bitcoin acquisition). He was part of the original 2013 crypto meetup group in SF which included the founders of Kraken, Coinbase, Litecoin, and others.

He’s active on Twitter, where he explains all things Bitcoin and makes crypto more understandable. On Twitter, he has approximately 560,000 followers. He runs his own Substack newsletter and a website, and writes on Medium about Bitcoin and Kraken.

Layah is an international on-screen journalist, specialising in finance and emerging technologies, including cryptocurrencies and blockchain.

Running her own media business, Layah has partnered with several crypto media organisations, interviewing the biggest names in the space, while providing her own bitcoin analysis and educational video content. She’s the host of The Layah Heilpern Show, which focuses on crypto, politics, motivation and entrepreneurship, making her one of the top YouTube crypto influencers in the field.

Layah also works as a consultant helping onboard new people into the space. Initially from London, England, Layah has previously relocated across Europe to cover international breaking news stories.

A co-founder and partner at Andreessen Horowitz, Ben Horowitz is a venture capitalist and author who is also known as a crypto analyst. On Twitter, where he has more than 600,000 followers, he talks about business, finance, and technology, and occasionally covers crypto and Bitcoin issues. 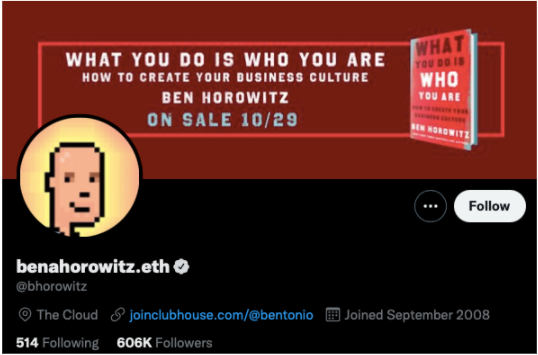 He is the author of the New York Times bestsellers, The Hard Thing About Hard Things and What You Do Is Who You Are. He also created the a16z Cultural Leadership Fund to link the highest cultural leaders to the best new technology businesses, and enable more young African Americans to enter the technology industry.