Esports is a young and evolving landscape, but it packs a big punch. Estimated to be worth nearly $1 billion globally and an annual growth rate of 22.3%, the esports market is one to be taken seriously. But what is it?

Esports is competitive gaming or video gaming. It has a huge fan base among Millennials and Gen Z consumers.

Esports has been around since the 1980s, where Atari organised a tournament for the ever-popular Space Invaders game, but it wasn’t until the late 2000s that professional gamers emerged and were watched by spectators in event arenas and through livestreams.

By the time the 2010s came around, esports was fully established within the video game industry. Game developers began designing games specifically for tournament purposes as well as sponsoring esports events.

In the 2020s, esports has grown to be such a popular professional sport it’s under consideration to be included in the Olympics. Professional esports players have their own rigorous physical and mental training regimes, designed to help them perform at the highest level for a considerable amount of time.

As technology advances and becomes a necessity in everyday lives, the younger and current growing generations are naturally tech-savvy and digitally advanced. This digital adoption has led to the esports industry experiencing incredible growth rates. People aged between 18 and 35 are enthusiastic about gaming (both playing and watching) and the growth of the industry has made it an increasingly attractive market for brands seeking to capture this untapped market.

The esports network is huge thanks to the abundance of contributors including teams, top players, tournament organisers, streaming platforms, game developers and viewers. The global viewership for gaming is increasing each year as a result of innovative esports marketing strategies and esports marketing campaigns.

However, the success of a brand marketing to the esports audience is entirely dependent on how they interact with and engage their audience on gaming social media platforms. Social media gaming platforms include Twitch, YouTube, Facebook Gaming, DouYu and Mixer, among others. All platforms have their own gaming influencers and esports teams that create content for audiences to enjoy.

Twitch is arguably the most popular gaming social platform and is home to its own Twitch influencers that specialise in providing gaming content. In the first quarter of 2012, over 8.8 billion hours of gaming content was streamed on the platform.

We have established that esports is a thriving and growing industry, but what are the actual opportunities and esports marketing strategies available for businesses external to the industry?

As with any industry nowadays, esports has its own set of influencers and teams brands can partner with. Partnering with an esports team or influencer can help brands create unique marketing experiences for audiences. In these partnerships, brands are able to advertise whilst audiences connect more with their favourite esports influencers and teams.

The key to any influencer partnership is to work alongside esports teams and players that align with a brand’s goals, messaging and values. Partnerships still need to be authentic in order to achieve maximum impact.

GFuel has a large stream team of esports teams and influencers, as well as casual gamers. The energy drink has a continuous (nearly 9 years!) partnership with the FaZe Clan. In return for exposure to over 110 million audience members, G Fuel has created a FaZe Clan range of products.

The partnership satisfies all parties involved because the brand receives exposure and the FaZe Clan and its community can connect over products inspired by the esports group.

Sponsoring an esports team is a good esports marketing strategy that can help brands directly connect with the gaming and esports community. Brands could find an underrated team on a particular platform and sponsor them. This access to an esports team leads to prime advertising spots (including a badge on a shirt) when the team streams or competes. 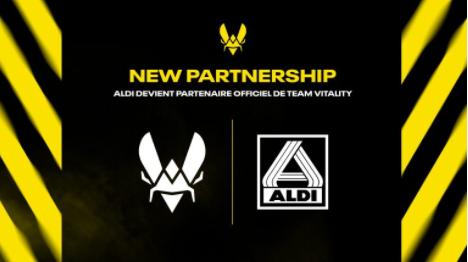 German supermarkets Aldi and Lidl have both entered the world of esports by signing separate partnerships with major teams. Lidl has signed a deal with leading international esports organisation, SK Gaming. SK Gaming also partners with major brands including T Mobile, Mercedes-Benz and Nike, and the supermarket is said to be a “cornerstone” of its teams’ performance nutrition plans. The partnership will last through 2021, and Lidl’s logo will be featured on the team’s jerseys. 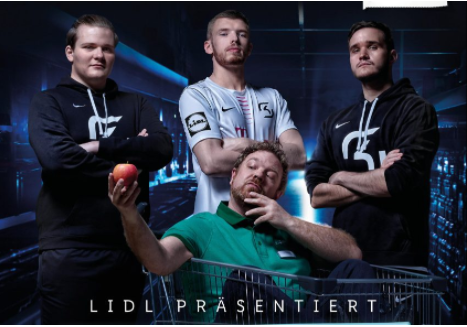 Aldi has partnered with French esports giant Team Vitality for three years. The supermarket’s logo will feature across the esport brand’s events and uniforms. Team Vitality’s other main partners are Phllips, Adidas and Orange Mobile.

The supermarkets will access gaming audiences through the followers of these teams, and those who watch the esports events the teams participate in. These events can achieve over 3 million views, with the most viewed tournament achieving 3.9 million.

While sponsoring a team may be enough for some brands, others could create their own teams entirely. Doing this would ensure that each team member accurately aligned with a brand’s own values to create an authentic brand team. 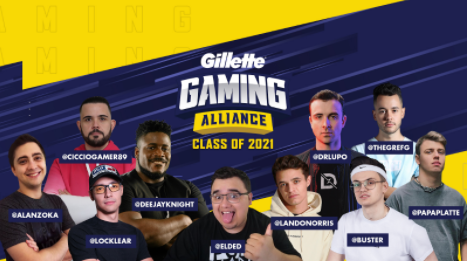 Gillette created their own esports team for a partnership with Twitch, where they also created the Gillette Gaming Alliance campaign. The team consisted of 11 streamers from across the globe, all of whom created content for the brand. The campaign supported a larger promotion called “Bits4Blades” where fans could earn Twitch Bits if they purchased Gillette products promoted by the team members.

Esports is hugely profitable for brands that are featured within games and tournaments. Hosting an esports tournament can expose brands to millions of new audiences.

Doritos is no stranger to the gaming or esports world, and it has further solidified its spot as an official gaming snack. Doritos will be sponsoring the esports event Twitch Rivals Europe. As a result of this sponsorship, Doritis is launching the Doritos Disruptor Series EMEA, which will see Twitch creators host a number of local market tournaments with groups of growing streamers. 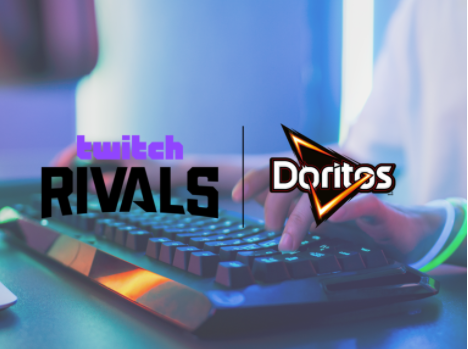 The future of esports marketing

The esports industry is growing rapidly and the gaming industry is the largest entertainment industry in the world. Esports presents brands with countless lucrative marketing opportunities that will allow them to directly target and engage with younger audiences. These audiences are actively turning away from traditional entertainment channels in favour of gaming.