The Age of the Super App

Super apps provide a dizzying array of services, all in a one-stop-shop on your phone’s home screen. Popular in Asia and Latin America, super apps such as WeChar, Grab and Kakao have become ingrained into people’s everyday lives thanks to their convenience and versatility.

But why haven’t they managed to conquer the West?

In Europe and North America, we are yet to see an app that integrates entertainment, communication, ecommerce and payment services on a mass scale. There are two main reasons for this

The first is that the maturity of western economies acts as a barrier for super apps. Western consumers have long-established and loyal relationships with banks and retailers, resulting in a distrust towards virtual providers—less than 10% of British consumers have gone fully digital with their banking and a quarter are uncomfortable with the idea. This has not been the case in Asia; the low penetration of bank accounts has aided the rise of super apps such as WeChat.

The other is that technology in many Asian countries leapfrogged other technologies to develop smartphones. While the West was developing apps and technologies for PCs, Asia was focused on developing its smartphone capabilities. As super apps were developed for smartphones, the uptake for paying for goods and services using these apps was fast; the uptake was also supported by the strong government backing, giving Asian consumers the confidence that’s missed in the West. 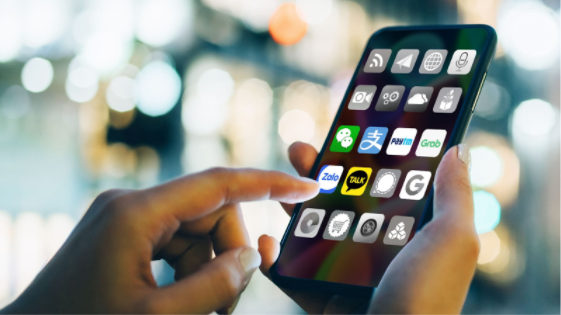 However, these barriers haven’t deterred one platform from announcing it’s plan to become a super app in the West. PayPal has been talking about becoming a super app for some time, but it only recently revealed its new super app that offers a combination of financial services including direct deposit, bill pay, a digital wallet, peer-to-peer payments, shopping tools, crypto capabilities and more.

Though PayPal doesn’t aim to be a “bank”, its shift from a payments utility app to a fully-fledged finance app offers competitive features that appeal to those considering shifting their finances to neobanks.

Over the past week, PayPal has been front-and-centre in the news due to rumours of an acquisition of social media platform Pinterest. Although PayPal has since confirmed it will not be looking to acquire Pinterest for $45 billion “at this time,” it does make us wonder what the acquisition would look like and what it would mean for both platforms.

A Pinterest acquisition would have been PayPal’s biggest acquisition, beating its $4 billion purchase of money-saving, price-comparison app Hone Science Corp. Pinterest is a platform that offers visual search and scrapbooking where users can save and group images by whatever themes they want.

Pinterest benefited hugely in the early stages of the pandemic, where advertisers scrambled to social media sites to capture an audience that embraces the ecommerce shift. Pinterest itself has been introducing new tools that help creators make their pins shoppable thanks to a dedicated “Shop” section, resulting in a seamless ecommerce experience between content and online purchases. Being acquired by PayPal could have resulted in a more seamless buying experience within the platform.

As of July 2021, PayPal has 403M active users—a number PayPal is expecting to increase to 750M by the end of 2025. However, a Pinterest acquisition would have given PayPal its strong user base of 454M+ monthly active users. Had PayPal continued with acquiring Pinterest, it would have had the huge user base required to become a super app.

An acquisition of Pinterest would have given PayPal a social media presence that rivals Instagram and access to highly engaged consumers and influencers. A PayPal-Pinterest platform would have assisted merchants in selling products with added protection, and give consumers peace of mind when purchasing through the platform. With social commerce on the rise, the acquisition could have put PayPal in fierce competition with ecommerce site Shopify.

Given the huge benefits acquiring Pinterest would have offered PayPal, why didn’t the fintech go ahead with the acquisition?

PayPal didn’t provide any details as to why it decided to not go ahead with the acquisition, so we can only speculate. While Pinterest saw impressive growth and engagement over the beginning of the COVID-19 lockdown restrictions, it has been struggling recently to maintain this. With restrictions easing, Pinterest has experienced a slowing user growth—particularly in the US. The visual platform has said it experts further growth through deeper engagements with existing users, rather than new sign-ups. Back in June, Pinterest’s monthly active users rose by just 9% to 454 million, which is a large drop from the 30% jump the previous quarter.

This fall in user engagement would mean PayPal would have to immediately focus on driving user engagement, something the fintech isn’t used to doing in such force considering it’s current user base only uses the platform around 8 times a month.

In addition, at the beginning of October, co-founder Evan Sharp announced he would be stepping down as chief creative officer. While he will remain an adviser to the platform, having a company leader depart any company will result in some shake-ups and teething periods as replacements settle in.

So, while PayPal acquiring Pinterest may look appealing and a sure-fire deal on the surface, if you dig a little deeper, the cracks begin to show.